Congratulations to all the graduates! May you lead peaceful lives

Hooray for all of you, each and every one who finished, whether you are going on to a fabulous job, a not-so-fabulous job, or don't know what you're doing yet.

I just helped Cool Scientist Friend celebrate her graduation by being at her dinner party, and I am very tired. Really, I could not do it justice --- it had all the intrigue of a Hollywood melodrama, and I'm tired. 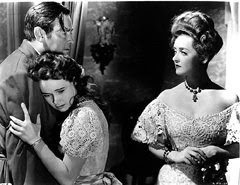 First of all, I got to meet her dad ---- who she hasn't seen since she was twelve and who has mostly cut off contact since the divorce. Having only seen him through stories clouded by years of adolescent anger, and one picture of him from the late 70s with a toddler Cool Scientist Friend ---- with the dark brooding good looks and ferocious stare of a young Ted Hughes ---- I was completely thrown for a loop upon meeting him to find him, instead of that old photograph come to life, to be old, decrepit and nearly deaf. (I still haven't met her adopted sister, who was adopted when they thought her mom couldn't have kids, before CSF, and then her mom refused to have anything to do with the sister after the divorce because she wasn't "really" hers, except she still had full custody of her.) I got shuttled back and forth from one end of the table to the other, babysitting, basically, either one parent or the other. I got to explain to both of them (and her mom should know better) that I had been looking for a job all year and was still unemployed, and then got sanctimonious lectures about how I should have been a scientist instead.

Second, The Political Animal, who broke things off with CSF shortly before her graduation ---- this was a multi-year relationship ---- she had just proposed to him ---- and they haven't told this to either set of parents because they didn't want this drama to overshadow CSF on her big graduation day ---- he got up and toasted CSF with a long speech about how wonderful she was and how she was his best friend and he loved her very deeply. And I sat across from her and her face just broke. It was awful. And probably everybody at the table thought she was teary-eyed out of happiness, touched by this gesture of affection from her boyfriend.

Third, a couple who are CSF's friends showed up very late and clearly had had a fight, and the woman, who I know has just been in rehab and AA, drank very large quantities of alcohol, and at a certain point in the dinner it became known that she had brought her pet rat into the restaurant with her. This couple wasn't at the table much; they kept getting up and going outside, presumably to continue their argument and at some point they must have left the rat back in the car. I must admit that no actual scenes ocurred with them, it is merely the principle of the thing I am complaining about.

And then, as is to be expected, we couldn't get people to put enough money in to cover the check. 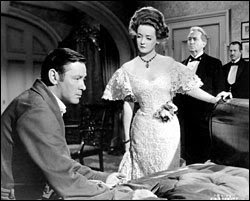 I certainly hope that CSF had a good time, or, if not that, she at least has relief that's all over. Looking at what I wrote makes me sad that I haven't done more for her, helped her out more, because it's never fun to grow up as the heroine of a Dickens novel or whatever. I'm going to help her with packing and moving and stuff this week, and anything else I can think of. And at least she had a lovely day of beautiful weather and pomp and circumstance that, theoretically, at least, was all about celebrating her. That and she gets to put everybody on planes and send them away tomorrow.
Posted by Sisyphus at 11:20 PM

I think you get a gold star for being there - it sounds like the kind of party you go to to support the host, because no one else is.

I think the pet rat is the best part! And lemme tell you, no it is not fun to grow up as the maligned heroine of a Dickens novel.

Her boyfriend deserves a punch in the neck for that shit.

Wow. I think that is the most dramatic graduation celebration I've ever heard of!

I have no idea how your friend held it together not to shout after the toast: If I'm so great then whey did we break up, you ASSHOLE! Thus, making the graduation even more dramatic. Ugh.

Woah - that is one of those dinners where you feel relieved no one ended up with a steak knife between the shoulder blades. I hope your friend can leave all the crap behind and move on to better things.

Very exciting! It made me sad for CSF's adopted sister, though. How do you just ignore your child that you have adopted?

And for the rat's sake, I hope the car was air-conditioned.

Oh my.
Good that you were there.

Poor Cool Scientist Friend! Sounds like such a difficult time for her. Your description of her face breaking is so sad!

(But all the same... the Bette Davis stills are priceless!)