A venture off into the unknown 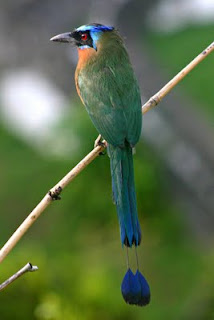 I am very proud of him. He just came back (fairly recently, now he's back in school) from a month-long trip to Nicaragua, with some sort of high school student-exchange-do-charity group. I got to hear all about it on the phone last night.

My nephew's the one with all sorts of learning disabilities and lots of trouble reading, and very shy and not really self-sufficient. My dad had taken a look at his grades and his LD reports and thought he would never make it through high school. And now he is finishing up this year and looking into colleges! The bad news is that his GPA is truly terrible and he wants to do engineering, and he might not be able to do that in college, since it is competitive. But he has really grown up and learned how to manage studying and his various learning problems in a good way.

For this summer exchange program, he got nominated by a teacher, but then had to do an essay and a big old application to compete to get in. And he did it all by himself and was very proactive about getting his app looked at by that teacher and doing drafts of the essay and bringing them by his English teacher, so I feel like even that process was great for teaching him some maturity and self-sufficiency.

And then he got picked and went to a foreign country, which is awesome and very eye-opening! My nephew is very nice, but very sheltered by his parents. And, though I love my brother, my bro is an engineer and they can tend to range from libertarian-don't-believe-in-taxes-and-social-programs to totally self-centered dicks. My brother is definitely on the mild side of it, but he thinks that because he went to (from a solidly middle-class secure background) a nice middle-class life and plenty of money through a secure job, everybody can and anyone who is poor is simply lazy and worthless. So my nephew got a strong dose of what it is like in other countries and just what poverty might mean. And he helped people weed their crops and dig a well and all sorts of stuff that just might make him really think about the relationship between his wealthy first-world lifestyle and other parts of the world. I think I'm going to point him towards Engineers Without Borders and try to get him involved on his campus (if and when he goes to college.)

Anyway, I hadn't gone to another country by the time I hit high school or really thought about global poverty by that point, so I am thrilled that he is gaining an awareness of it ---- they had the students do an exercise where they lived off a dollar a day, roughly, and went without electricity and hauled their own water. My nephew said they ate only rice and beans those days, but those tasted so amazing, they were so hungry; the best food of the trip. --- And I think being away from his parents and on his own and trading off leadership duties with the other students was a great exercise in him coming out of his shell a bit and being more mature and self-sufficient. It just sounds like an overall awesome experience and I am glad he had the chance to do it.

He also told me about rainforests and humidity with afternoon thunderstorms and monkeys and lots of birds and bus trips around in the mountains and all sorts of stuff. It really made me want to go traveling; there are so many places I have not been! Next time I am back in CA I get to see all his pictures, too. Good stuff.

Nothing so exciting is happening over at my place, though. I had a couple really bad nights' sleep and also thought that I ate something I was allergic to --- but more likely was me having a panic attack about something. Sigh. Now I have to figure that out. Why does my body have to have a stress reaction that makes it infinitely more stressed? After all that not sleeping I might need to take a nap. Forget being able to get myself back on a super-early-morning sleep schedule, that's for sure.
Posted by Sisyphus at 9:57 AM

Sounds like an amazing experience for your nephew! I'm happy for him!

they had the students do an exercise where they lived off a dollar a day, roughly, and went without electricity and hauled their own water. My nephew said they ate only rice and beans those days, but those tasted so amazing, they were so hungry; the best food of the trip.

That lesson in and of itself makes his trip worthwhile. Sounds like it planted a lot of useful seeds in his head! The photos are sure to be great, too.

I wouldn't be surprised if he revealed himself as one of those come-from-behind students who kind of squeaks into college somewhere, and then keeps picking up academic and professional momentum.

what a great story!! Yay for your nephew!! And you know. Big Little Town U is a well respected engineering school, although I don't know if your nephew would want to be so far away from home, but it has a moderate size student population, and so many different type of engineering majors... you know, just a thought. :)

Sounds as if he had a really great experience where he was able to start to see himself in connection to the larger world. He might be one of those people who just needed this sort of trigger in order to 'blossom'. ...and as Dr Koshary says..."squeaks into college somewhere, and then keeps picking academic and professional momentum".