First of all, I think it's hilarious that I get more comments and suggestions on my rice cooker posts than on most of my academic-style stuff. Still thinking about what that tells me about potential job directions. And I will give you an update on all your suggestions when I switch back from leftovers to cooking again soon.

Anyway, Floyd ---- who gets a name since I don't want to tell you my topic and I have had so many new articles that at some point "my new article" doesn't really tell you much about anything. You might remember that I announced the birth of Floyd not too long ago, and I have been working with him steadily ever since, so I thought I would give a little note of progress.

So here is Floyd. I have been writing for about a month and a half, with some time out for finals and a conference. In my last announcement, he was about 5 pages. 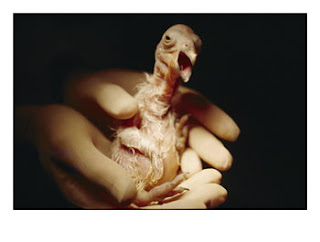 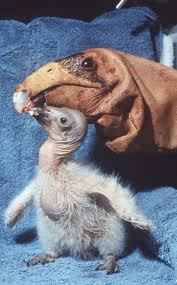 Now he is about 32 pages, but the last 6 are still in the question/quote/note form without any complete sentences. I haven't worked on those last 6 at all yet. He has six subsections (including the intro and conclusion subsection) and once I work my way through the last section and throw together the intro and conclusion I'll have a complete draft!

Wait, what? Why do people keep saying that, "a face only a mother could love," when I show off Floyd??? Are you saying my ideas are half-baked? That my complete draft might have a long long way to go before it actually looks like a draft?

I'm hurt. See if I let Floyd feast on your corpse when you turn into bloated carrion. So there!
Posted by Sisyphus at 10:28 AM

I hope someday you will see fit to explain the visual metaphor of vultures in re Floyd. At least it gives me something to distract myself while at my mother's house.

Also, the article's name keeps reminding me of that old song "Flat-foot Floogie (with the Floy-doy)".

Here's a meme: what animal is your article?

Mine is an octopus, but I think all of mine are octopoi, if not squid.

I'd say ffloyd is quite a promising little thing!

Hey Sis: was reading Twitter and was redirected to an article linked to you. Have you seen it?

Wait, let me try that again.

Dr Koshary, it's a *California* *Condor*, not a vulture. Totally appropriate, as not only am I from California, but it has famously slow gestation in eggs and produces very few of them. plus, it's dumb enough to fly into power lines, which, face it, I would *totally* do if I had wings.