I miss my cats so much

And I feel like the shittiest caretaker ever. There they are locked up in some little storage cage and they think they are abandoned, if they even remember me any more. Will they ever trust me again? Will I even ever see them again? I am so horrible.
Posted by Sisyphus at 11:54 PM 9 comments:

Ok peeps, I'd love a little help here. I'm stuck w what someone else ordered for books which means extra plays and no novels. I planned out 2 short story essays and a drama research paper (much like I've done before).
What I would *like* is for that second paper be a modified research paper --- I give them some sources about craft or genre more generally and they make arguments about how well it works (or doesn't) in what we have read. I have some intro to narrative theory stuff we could read about narrative gaps or foreshadowing, but would love to have a larger list of good, accessible essays.
Know of anything? Maybe you can point me towards something in one of those Cambridge Companions or the like?
I guess CA schools have a "critical thinking" component to their comp classes that also requires them to identify and evaluate logical fallacies in critical writing about literature --- and this place says it is not enough for them to identify fallacies in fellow students' writing.
Now, I don't think most college freshmen are experienced and sophisticated enough to read criticism and successfully  evaluate the strengths and weaknesses of it, but I think they can learn to read and annotate a critical essay and identify the claims. And it might be a bit of a stretch for them to do what I am suggesting here but it would be good practice for the research paper.
Any creative writing peeps with craft-style  articles would be really helpful!
Posted by Sisyphus at 11:32 AM 2 comments:

Bleah. I should be applying for jobs right now. Muh. Eh. Foo! I just went through and pulled a lot of new openings off of HERC, so ... yeah, eventually. Meh.

I have made a little squidgen of progress on another front for the job search process, and found a couple nonprofit orgs that I would be interested in volunteering for. Funny how quickly people respond to my applications when paying me is not on the line!

Anyway, I have not yet started my volunteering! Argh! Last week I had several face-to-face meetings so people could ascertain that I am in fact not a crazy, and I seem to have passed those. (I guess I need to figure out how to have those meetings with U admin people to get my apps over the hump.) Now I am ready to start doing various orientations and trainings, some of which are this week and which continue next week.

So sloooooooow! Look, this will not help my resume right away, and how long will I have to volunteer with people before I have accumulated the "3 to 5 years progressively responsible experience" in these skills? Arrrgh! (And why do even the jobs listed as "entry level" or "good for a new graduate" also include these insane experience requirements? You can't have it both ways, people!)

To make things even slower, one of the volunteer positions is for petting cats. Now, petting cats is fun and lovely, but not in demand on job listings. What I would love to do for them is to help them create a newsletter or direct-marketing email campaign and get some nice fundraising and writing clips. But --- and yeah, this makes sense --- they want me to do all the orientations and plenty of on-the-ground standard volunteering before they trust me with their website or creating materials. But that means this could take a long time. Argh.

Teaching is fine ---- though I am getting midterms this week and papers at the end of next week, so I might not be so "fine" after that. I think I am getting evaluated in a couple weeks, and I need to go back through and update the essay instructions for the next sequence. Oh, and I finally got the instructor copy of the book that whoever was supposed to teach this class ordered, which makes life much easier and less anxiety-ridden.

Driving home from my night class, however, is still a stress test, because they do all the damn freeway work at night and I have to drive a gauntlet of eye-blindingly bright lane closures and merges, and also the last couple times they have had closed the interchange ramp exit for the freeway I want. This has sent me through the other freeway route which I don't know as well and which has those nasty super-curvy weird interchanges. Nope. Don't like it one bit. Driving it in the daytime is fine, but at night my eyesight is just a little bit haloed and fuzzy and it is Not Fun. I can't wait until the El Nino deluges me with rain as I try to navigate my way home. Meh.

On my second trip of the week I finished Toni Morrison's Home, and the experience was so different I started reading again from the beginning, thinking that maybe I was just in a different mood. I re-read the whole  thing today.

Now, I haven't finished writing  any novels, much less any that won major international awards, so maybe I have no right to criticize, but the second half of this book in no way lived up to the first. The novel opens with this amazing italicized memory of horses fighting, written in that totally Toni Morrison, larger-than-life voice, and then goes sort of detective style in the waking up of a vet who needs to break out of a mental hospital. Except, it quickly becomes obvious, this vet has been imprisoned for no more reason than he is black and suffering PTSD, and the way he takes in blame on himself for both of these qualities is heartbreaking. (I must have done something to deserve this. Maybe I was shouting again, or talking to the trees and apologizing to them, or staring at people and crying. You know, the sort of self blame that made Shadrach suicidal in Sula. Wait, that's the novel with Suicide Day in it, right?)

But the novel doesn't really focus consistently on the vet --- Frank Money --- and his development or breakdown. And it also brings in his younger sister, who similarly must heal herself after a trauma, this one echoing the histories of medical experimentation on black people by doctors. This strand of the story comes at the end of the novel when everything feels rushed and lacking in clear stakes. What happened to her? How is Frank able to rescue her so easy? Why is the doctor doing this and why doesn't he do more to stop their escape? (I understand she's never been all that interested in exploring white racist mind sets, but she's had more fleshed out, more satisfying, villain characters.) Why is the sister --- who is rural, practically illiterate, and barely 15 when this happens --- able to suddenly make self-reliance speeches at the end that wouldn't seem out of place on an Oprah episode? So many strands are closed off or declared "healed" at the end and I don't even know why I should care about them, much less how they are resolved.

The "home" is similarly frustrating, as the town of Lotus, Georgia, is seen by these two characters as only a prison and backwater they never want to return to, justifiably so. And yet they do return and blend in easily and without any resentment at the end. And the women who have had no love and connection with Cee (the sister), are presented at the end as being somehow the answer or solution to these characters' problems, accepted without any railing against it like in the beginning. Why should we care about them or believe that their love is actually love, when it is, like their parents' love, as sharp and thin and cold as a razor blade? (I handed my book to my sis so I can't quote exactly) Now, I understand that people who live in terrible circumstances do terrible things in turn, and their love in these circumstances is warped like a tree bent by the constant ocean winds --- that is the message of Sula, after all --- but nothing about that group of vicious women worked for me. Or the ending, either. Maybe if it had taken extra pages to bring us to that point it could have.

Now I feel like I should go read her earlier work again and see how much still stands up over time. Of course, those books are all packed into storage, waiting for their own home.

Posted by Sisyphus at 6:43 PM No comments:

Still nothing much to report on the job-application-throwing side of things. But in between applications and teaching I have been annoying my sister, so I might as well report on that:

Amusing myself with job titles 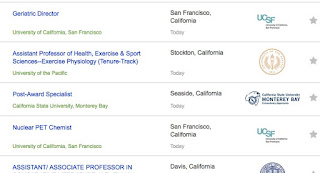 If I'm too young to be a geriatric director, I want to be a nuclear pet chemist. I will create a breed of superkitties who will annihilate you all with their laser eyes and poisonous breath mwahahahahaha!

Anyway. Back to stuffing applications in online submission systems and not hearing anything back from it. Good day.