Movement on the wiki 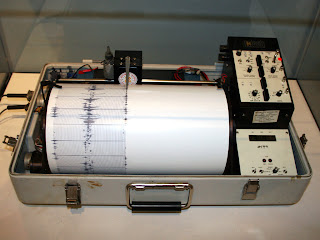 I have been so good about the wiki so far. I have barely checked it, only occasionally glancing over it, and looking at the long list of canceled searches on the front page (sigh). But now it is a month to MLA, which means that it is time for the countdown to calls for interviews.

I have worked today, and I have even pushed a little bit at that damn revision, and so I finally sat down and looked closely at which schools have made materials requests and even some interview calls. And, man, it was a busy week last week for search committees, but a very quiet one for me.

As far as I can tell, of the 62 jobs I have sent out for, all but 12 have either been canceled or made requests for more stuff, and I have only gotten one such request. Theoretically, I am not out of the running for all those jobs yet, but when the wiki says there were about 10 writing sample requests on a single day two weeks ago and you have heard nothing, the chances of hearing from them later are pretty much nil. Sigh.

I guess I need to apply to my last couple jobs and go look see if anything came out on the JIL in the past couple weeks. The problem is, wiki-watching and doing the math on my spreadsheet (to say nothing of the math on my budget or soon-to-come-due student loans) gets so demoralizing that I don't want to do anything at all, whether it be writing up another stupid application or looking at my stupid article which makes no sense. And really, in the back of my head, as I watch the slim job chances get slimmer, I wonder if I should even bother revising: right now it looks like a bag of shit and do I really want that published under my name permanently? Especially if I never do anything in academia again? Argh.

I'm also mulling over applying to the local bookstore or local coffee chain, both of which have openings right now, for a holiday job to help tape shut some of the gaping holes in my budget. Thing is, though, between traveling all over to visit family in the north and the south and then going to MLA, that's a huge chunk of time that I would not be available to work the holiday rush hours, so I wonder if I should even bother. I know the retail type jobs look to fill holes in the schedule and won't even look at people who don't fit the right availability. Hmm. Maybe I could just sell my organs on the black market.
Posted by Sisyphus at 11:48 AM

This year really sucks in so many ways. I'm sorry you're not getting lots more positive responses. :(

Aw man, Sis. This year really does suck. That said, it ain't over 'til it's over (though I know that doesn't help right now). Sending a big hug and all of the good job market vibes I've got your way.

I'm not sure how I got to your blog, but I like your candor. Good luck with the job search process and MLA.

I know, this year does suck - I'm sorry! Buuuut, we're planning a blogger meet-up at Chez Bloggez Moi - stop by and let me know if the evening of the 29th will work for you?!

Greetings fellow job hunter. I'm dropping by to share your company in misery...

Good luck to us both!!

What a hideous year to be on the market. I suppose before you part with a kidney you could take heart from this. And from the thing that prompted me to post this comment: the captcha/word verification word below is "toxicali". This is God telling you to start a magazine.

Some of my graduate students did actually sell their eggs to finance their educations and I would have done it too to pay off debt accrued supporting my assistant professorship (computer, conferences, etc.) if they had accepted eggs from people over 30.

phoenixcomplex: are you sure that captcha's not telling me to start an eco-marxist punk band?

Prof. Zero: wow! Well, since I'm 33 the eggs are not an option. Plus I figure if I'm not too into producing children it doesn't make sense to sell off the materials and have someone else produce the children. I'm looking at the writing jobs at that "elance" site phoenix linked to but frankly it just makes me even more depressed.

I don't have any interviews yet either. It sucks. And I was also considering applying for jobs at bookstores and coffee shops. While I do not wish these thoughts or experiences on anyone, it's kinda nice to know one isn't alone.