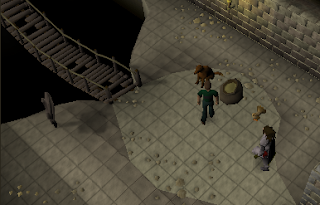 And look, someone has included the riddle in a computer game! It would be much more challenging if you used one person, an auto, and two carsick, fiercely clawed cats. I'm thinking that either way I'm going to have to call in some major family favors for this. (I don't want to do a long drive by myself, and I would need one person per cat-carry-on, and I'd still, I guess, have my car even if I did fly the cats and me Elsewhere. Hmm. --- A puzzle! fun!)

That's all I have for now. I might go shopping later except I'm afraid that I'd go nuts and buy everything for a new place I haven't seen in a location with a job I haven't been offered yet. Damn lack of willpower. Maybe I'll just go get ice cream.

I've driven across country with cats 5 times. It's definitely survivable, but ideally, with one other person to help you wrangle. 2 of our 3 cats were great in the car - they sat quietly in their carriers like patient troupers. The 3rd was a nightmare and would cry the ENTIRE time, so cat tranquilizers came into play. But you can definitely do it.

I know lots of people who've flown with cats in the hold, but I've never done it myself (and it depends on the time of year - most airlines won't put animals in the hold in very hot and very cold weather).

There's the 'new' company that flies only pets and only in the pressurized cabin. With pet-trained attendants to keep an eye on everybody.

My 3 cats flew in hold; no lasting traumas, they got over it pretty quickly - it was finding somebody on sending end willing to do the airport shuffle. Airlines won't fly animals if destination or connecting cities are at certain temps. Which is good for animals, hell on planning/budget.

It cost me about $500 for flying them down and about the same for distant end kenneling/transport. All in all, that makes the $250 per pet of the PetJet people much cheaper. Driving wasn't going to happen, since none of the three would have done anything but scream for the 2.5 days.

Regarding new projects, how about genealogy? I just posted about this -- it could easily become a new obsession of mine. I'm a little disturbed by how excited I am that I can google my family's pre-America home towns.

I drove mine on a full day trip. Having them in the hold is scary, since I read stories of cats getting out of their carriers etc.

On the other hand, my aunt's manx came from the Isle of Man -- all the way to Rochester, MN on her own...

I've flown many times with cats. Only once have I put them in the hold, which is dicey, because it's not temp-controlled and therefore it may be too hot or too cold. But I've brought them on in the cabin many times. My cats, normally super-skittish, get very scared and clingy (as clingy as a cat can get) when going through the metal detector. But what I do to improve the odds that they won't run away, I put a collar and leash on them that I can hold onto as well. I've really never had to use the leash, but it makes me feel better, like at least if I'm going to be chasing a cat, he'll have a long leash-tail I might be able to grab in the scuffle. But it's never come to that and I've transported cats through a couple cross-country flights as well as a couple international flights. (I love my kitties! Of course they are dead now. =( )

Also, for your own good and theirs, it's just a nice thing if you can get them some relaxing meds, so they're less likely to run off anyway because they are the teensiest bit drugged. But I've also had cats where I couldn't do that for health reasons, and I was able to hold them through the metal detector part.

It's totally worth worrying about, but it's totally doable. And then there's the fun of carrying them through airports with people turning around thinking they hear a cat and seeing only luggage. That's fun.

A friend of mine is just about to use Pet Airways, which I think is what Belle mentions in the first paragraph. The way she tells it it's not much more expensive than the fee to carry on pets, and you can ship multiple pets at once and just meet them at the other end.

I drove my 2 cats cross-country twice, in the heat of summer, by myself (except for about 1000 miles). Google for it, and what everyone says is that their bodies kinda shut down, so you don't have to worry about rest stops, just limit food in the morning and leave them in the carrier all day. I put some water in the carrier but they weren't even interested. It cramped my exploring style, but I made it work. My biggest problem was their tendency to squeeze into tiny spaces in the motel room when I was trying to catch them to leave again, but around the last night I realized that if I put them in the bathroom first, they actually crawled into the carrier.

It was a hassle moving the carrier, litter box, and other accoutrements in and out of the motel each night/morning, but the cats were okay, if not happy. Luckily mine go silent when unhappy. Orbitz lets you search for pet-friendly motels, although I think I accidentally escaped pet fees by assuming I had booked a pet room and not re-telling the motel I needed a pet room.

With multiple cats, I think you can run into airplane issues---I always thought they only allowed 2 cats per cabin, and it would be tough to have them in the same carrier (as you only have one underseat space) and take them out for scanning.

I routinely travel with my cats at least 8-10 hours and they are fine. One cries for a while, but eventually settles down. I'm about to go on a multiple day cross country drive with them, and my plans are to transport the litter, water, etc. into the hotel each night. They have stayed in hotels before and it was a little stressful for them, but they settled down.

I am one of those people who never lets my cats out of the carrier in the car. I have heard too many horror stories of the cats getting out and running off in fear when someone opens the car door. I would be devastated to lose my cat in an unknown city where it's not even as if I could sit around and wait for him to come back. Mine are perfectly content (and safe) in their carriers.